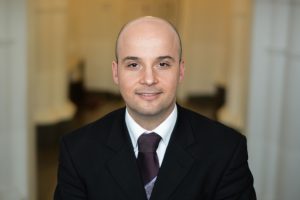 I am very thrilled that we are starting another season of the ESMA and moreover very happy that the ESMA 2017 will take place once again in Gjakova, one of the most cultural city of Kosovo.

The ESMA 2017 will be a real festival of the orchestral classical music in Kosovo. For the first time in its history, The International Orchestral Days will be established during this year’s academy. Very well-known and outstanding professors from different European countries will take part and lead different instrumental section of the Festival Symphonic Orchestra of ESMA.  Many concerts will be also performed during ESMA 2017, not only in Gjakova, but also in Prishtina and Tetovo (FYR of Macedonia).

This season is the sixth in a row of the ESMA, a unique institution of its kind in the entire region of Southeast Europe. This fact fills me with such a great joy.

The Academy is already transformed in a tradition, which constitutes an undisputed success of its context.

We are aware that the ESMA, as an artistic academic institution that launched its activities in 2012, has always room for improvements, extensions and amendments of its platforms and programs in order to fulfill artistic and musical needs of the young artists in the region as much as possible.

Piano and Orchestral Conducting masterclasses will be again available in the ESMA 2017.

An online registration tool is again available in the ESMA’s website. The new website of the Academy we launched last year has become a great source of information for young musicians interested to participate in the ESMA 2017

With a close cooperation with the local organization “GjakovaBasel”, the School of Music “Prenk Jakova”, the Palace of Culture “Asim Vokshi” and with the generous help of the Municipality of Gjakova, I am convinced that we will deliver a very professional Academy, unique in its category, with intensive orchestral training, many excellent concerts and other various activities to all participants during the 14 days of this year season.

Once again I would like to express my deep appreciations and thanks to the European institutions and embassies in Kosovo (Embassy of Federal Republic of Germany, Embassy of Grand Duchy of Luxembourg, Embassy of Switzerland, Embassy of the Kingdom of Netherlands, Embassy of Austria, Embassy of Hungary, Embassy of France, Embassy of Czech Republic), Raiffeisenbank Kosovo, the Municipality of Gjakova, the local organization “GjakovaBasel” and other local partners.

Without their support the ESMA 2017 would not have been possible.

My special thanks go to Mr. Georg Fankhauser from Basel, Switzerland for all his help and assistance in light of ESMA 2017.  I also want to thank the entire team of GjakovaBasel for the outstanding support to ESMA in the last two years.

This remarkable support of all our friends matters so much to all ESMA’s organizers and participants.

Come and join the Academic and Orchestraljourney of ESMA 2017 in Gjakova, Prishtina and Tetovo (FYR of Macedonia).

Come and become part of this challenging seasonand concerts in the beautiful and welcoming city of Gjakova, in the capital of Kosovo Prishtina and in the city of Tetovo of the FYR of Macedonia.

Come and support us with your presence in our concerts and other activities. 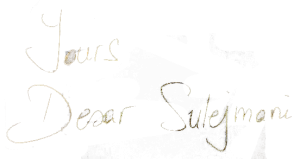 Artistic Director of the European Summer Music Academy in Kosovo